Each of the drones can fly at speeds of 32 mph, travel distances of 6.2 miles in a round trip, and carry up to 6.6 pounds (that’s roughly “6-8 hamburgers,” according to converted units offered on Flytrex’s own website). A demo video of the drone shows how it lowers packages to the ground from 80 feet in the air rather than having to land itself. Flytrex received approval from the FAA to test food deliveries in North Carolina last year, with caveats that its drones only fly predetermined routes in the daytime over unpopulated areas.

Walmart has offered few details on the program, including how many drones are involved in the pilot and what checks (if any) customers need to make before receiving a delivery.

“We know that it will be some time before we see millions of packages delivered via drone,” said Walmart senior vice president Tom Ward, in a news post. “That still feels like a bit of science fiction, but we’re at a point where we’re learning more and more about the technology that is available and how we can use it to make our customers’ lives easier.”

Walmart has been looking into drone delivery for many years, making its first tests back in 2015 and experimenting with using drones to check inventory in its warehouses in 2016. Moving from internal tests to customer deliveries is a big step, though. Although delivery drones have been on the horizon for many years, a number of challenges, like safety regulations and high costs compared to traditional delivery, have slowed adoption.

Walmart, though, no doubt has one eye on its biggest rival, Amazon, which last month received approval from the Federal Aviation Administration (FAA) to operate as a drone airline in the United States, paving the way for larger commercial operations. Walmart seems to be avoiding the need for direct certification by contracting its drone operations to Flytrex, which is already part of the FAA’s UAS Integration Pilot Program. Walmart also recently launched a new subscription service, Walmart+, to compete with Amazon Prime.

Drone deliveries look especially attractive during a pandemic, when many customers and business are keen to avoid in-person interactions. But don’t expect to see drones from Walmart (or any other retailer) buzzing over city streets any time soon. As Flytrex boasts on its website, its aircraft are “designed for the suburbs.” 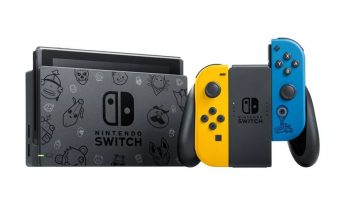